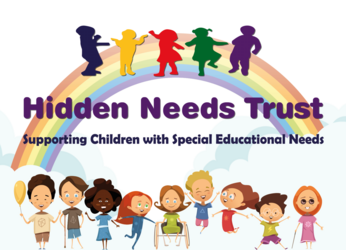 Welcome to the Hidden Needs Trust

2015-2017 over £25,000 was raised through my annual physical challenges, fun events such as the skinny dip at Studland (with the support from British Naturism) and a mass musical chairs at West Bay (with the help from Samways Fish), and promotional stands at events such as The Dorset Knob Throw and Bridport Christmas Cheer.

Within 3 months of starting the charity £17,000 worth of cuts for one of the specialist Opportunity Groups was overturned due to HNT enlisting the help of a local County Councillor. Without this, the group was facing closure...it is still open to this day with yet another OUTSTANDING Ofsted Inspection.

2018 was a roll over year...lots of promotional events but less fundraising and sponsorship...my sponsors holding back to see what Brexit would bring!
However, I started alongside HNT a new radio programme...Charity Corner...which is on air every first Sunday of the month on Abbey 104 at noon. On this show I interview key people who work for local smaller charities, finding out exactly what they do, who benefits, the difficulties they face and what the community can do to help/get on board.
Stemming from this I then invite all the charities who have been on the show to a free Charity Corner Lunch. These lunches are held every 4 months at one of the charity venues so that we can see at first-hand what they do and their premises.
The main AIM of the lunches is to get people working together, charities joining force with fundraising events and helping one another out and NOT letting smaller charities struggle on alone. To date, it has been a tremendous success!

2019 has already made up for the lesser fundraising the year before! By the end of May already £10,220 has been banked.

In March I put on a CHARITY CONCERT at The Octagon Theatre Yeovil...Just Take That. The band were superb and sang songs that spanned 30 years of Take That, plus threw in a few Beatles and Bee Gees tracks alongside!
I had approached companies and individuals to ask if they would kindly sponsor some of the concert costs and/or the price of a seat or seats...the aim to then donate tickets to families and schools with SEN connections who otherwise would not be able to afford to come.
As a result of the kindness received, many young people with SEN danced the night away alongside the general public...for some it was a once in a lifetime experience! Fun too was had on the stage as well as a very moving poem, written and read by poet Larry Lagrue about how it feels to be a child or young person with SEN. (Do scan the website and find the links!) The video containing footage of the concert will be on the website by mid-July.

Immediately after the concert I was invited to have a 6 WEEK POP UP SHOP in The Quedam Yeovil. So, a rapid collection of donated goods to sell, setting up of banners and inviting other charities to share the space. I met some amazing people with stories to tell about their experiences with SEN, Learning Difficulties and mental health...the "shop" became a regular drop in centre and hub for advice and support.

In 2019...I had a charity GOLF DAY ahead thanks to Sherborne Golf Club, I was the charity of the year at LEIGH FOOD AND DRINK and VINTAGE/CLASSIC CAR and BIKE FAIR in July, WAITROSE Supermarkets had HNT Green Token collection pots (Poundbury, Dorchester and Sherborne), I had an HNT STAND and TOMBOLA in Weymouth at a Huge charity fundraising event also in July, followed by another STUDLAND SKINNY DIP with British Naturism planned in August, this sadly was cancelled due to a storm!!

Watch out for more news as HNT moves forward...

And thank you for all your support!

Unfortunately COVID-19 has had a huge impact for all during 2020 which has change life and all the plans made for the current year.

Please do look out for news on HNT as and when life starts to slowly return to normal after the terrible effects of COVID-19.