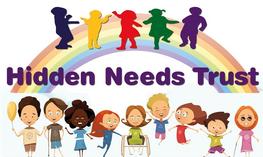 For parents and carers, the strain is terrific;
The torture they go through is almost horrific.
Some are frightened and reluctant to put their cards on the table
For fear that their child will be typecast and labelled.
The tragedy is, through their scared best intentions
The fear of stigma may stop early intervention.
And the earlier the need for help is accepted
The sooner support can be given to all those affected.

For others, those who have said “Help me please!”
The difficulty they face is not being believed.
In uncertain territory, parents accept professionals are right,
And the search for support is a long, drawn-out fight.
With barriers to break through, and mountains to climb
All the time feeling helpless, and like they’re losing their mind.
And then there’s the guilt, and the feelings of shame;
The sense that you are failing, time and again.

With the pressure, the anxiety, and stress in their hearts
The most loving of families may still fall apart;
Marriages break up, and friends stop coming round
People get isolated, and no hope can be found.
Their child takes priority, and is their only goal
As the caring takes over their body and soul.

The impact of SEN - I cannot understate
Like a stone dropped in water, the ripples circulate.
The life you once knew is gone; it is no more;
And you are now facing challenges like never before.

She needs fabulous people to fundraise -
Dynamic types with an inspirational flash.
Plus, sponsors for Rachel’s physical Challenges
As she raises some much needed cash.

Rachel needs a social media marketing whizz,
Who’s all over Facebook and Twitter.
Who will help develop HNT’s marketing plan
And make it dazzle as if it’s made out of glitter.

Then there are workshops to plan for
to takes HNT’s work to the masses.
Spreading understanding about SEN
In offices, halls, and school classes.

​These workshops are reducing the stigma
That shrouds all of those who are in need.
They open up doors of opportunity,
Giving an equal and fair chance to succeed.

In 2015, Rachel G
Formally founded HNT.
With first-hand experience from her daughter “Y”
Rachel wanted to help; she wanted to try
To raise funds and awareness, time and again
Of the vital support given to those with SEN.
Support given by specialist pre-school groups
To help reduce the hurdles, and navigate the hoops
That children and families struggle to get through.
But in Dorset and Somerset, there are only two.

Only two groups in each county – which isn’t enough
And which is why the task before them is so very tough.
For forty years, they have provided help and education
But to do so they rely heavily on donations
As the funding they receive does not properly cover
The real cost of providing support to others.
It cost 30 grand in 2015 to keep a group open,
And help give families a sense of cohesion.
Three years later and with the effect of inflation
The price to stay open, causes fear and frustration.

In Dorset and Somerset – two rural localities
Having only two groups doesn’t really work practically.
In the morning children travel from far and wide
Just to access the support that these two groups provide.
Then afterwards, they go on to their school
Arriving exhausted, and anxious – which almost seems cruel.
It’s enough of a struggle with things as they are
Without making things worse by long trips in the car.
Getting more support closer – would be one of the ways
To give these kids a better chance of coping each day.

All the poems below have been specially written by HNT's adopted poet "Laurence Lagrue - alias W is for Duck".

Imagine a world that doesn’t make sense;
A world where you are Restricted by an invisible fence
That affects what you do; See, speak, touch, hear
That stop you interacting, and stop the world getting near.

Imagine that was your world – how would you feel
Being unable to communicate, not able to appeal
For help or assistance to try to make sense
Of the noises and sights that are so intense
As they constantly batter your developing mind
That they make you lash out – though you are not unkind
You’re a really nice person, but it’s often too much
For you to cope with people talking or trying to touch
The thing you are holding, because you don’t understand “Share”
And it isn’t that you’re nasty, or that you just don’t care.

How you fit with the world is what’s hard to control
It’s like trying to put a square peg into a round hole
Your struggle is hidden from those who don’t know
Anything about your challenges, because even though
It’s a recognised condition, knowledge is rare
So it’s easier to be labelled, or put over there
Away from the other children because you are naughty
And be told things like – “Not now – I will deal with you shortly”

Such treatment is upsetting; it makes you feel sad
To be thought of as disruptive, stupid or bad.
Even if you don’t understand what any of those words mean
The eyes feed the soul, so repeating the scene
Of being different to others can only reduce
Any feeling of self-worth, and replace with abuse
That may come from within, as you absorb what you see
And start to believe “Something is wrong with me”

So Imagine that world, that existence, that life
Where each day filled with anxiety and strife.
Distraction, and being overwhelmed at every turn
Hinder your ability to develop and learn.
You’re trapped in the cycle of struggle and pain
Unable to clearly express yourself, or even explain
What you are going through at such a young age
Spending each and every day, in your invisible cage.

​What is needed to Drive HNT forward

"Please Can You Help Me"

​But she does it because she realises
The great work that is done
To support children with SEN
And their dads and their mums.
And their carers and all the people
Who are caught up in this.
There’s no other reason –
She just has one wish.

To make more of a difference
Than the one she has done:
Get help, raise awareness
Raise support and raise funds
So that all kids in Dorset
And in Somerset too
Can get the support that they need
And that their families are due.
Because it’s not nice to struggle,
To be confused and be scared.
I want to play my part in the world
I’ve got talents to share.
But no-one will see them
If my chances are crushed
But you can stop that from happening
By supporting the Hidden Needs Trust

​Please can you help me?
I don’t understand
What I’m hearing or seeing
Or what I hold in my hand.
The information the world gives me
Is scrambled in code
And I’m trying to decipher it
But the key I don’t know.
I want to ask for help
But it’s not that black and white
When I struggle to communicate
I can’t speak or can’t write

Mum and dad want to help me.
Or Just mum
Or just dad.
Or my carer
All who recognise my situation is bad.
But they are scared and uncertain;
Worried about judgement and shame.
They don’t want to be labelled,
To be told I’m not the same.

It’s a battle we share
But we have each our own fights
Asking not for more than we deserve
Just the help that is right.

There’s a charity who knows.
There’s a lady that cares.
She understands feeling helpless
Frustrated and pulling out hair.
Her and her Charity, the Hidden Needs Trust
Keep raising money
To help people like us.
With endless enthusiasm
Time after time
She does crazy physical challenges
Putting her body on the line.
Wheelchair marathons,
Marathons with a broken neck –
It’s exciting and worrying to see what she does next.​​ >>>>

Changing perceptions and attitudes –
That is quite simply the HNT aim.
To simply give SEN Children
Their right: A fair crack at the game.

Because SEN kids soon become adults
Who – like us –all have their pride.
And like us they have a wide range of skills
That are just waiting to be recognised.

Rachel uses her own life experience
And knowledge of success and failure.
To ensure that the workshops she delivers to each group
Is specifically planned and tailored.

Now I ask you - no beg you; lend me your ears
Let’s eradicate stigma; and wipe away tears
Help Rachel continue her work – it’s an absolute must
So please pledge your support to the Hidden Needs Trust.
Thank you.